Posted on January 8, 2013 by ClaraBowmanJahn 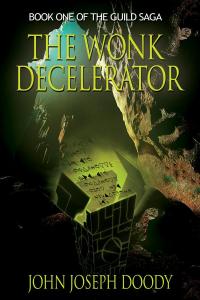 Here is the first author in my eTreasures Publishing series. Yes http://www.etreasurespublishing.com/  is my own publishing company that published “Annie’s Special Day.” And I thought wouldn’t it be cool to learn about the other authors in my house!  I started writing them and asking them to appear on my blog. John is a new author and maybe will be off the new releases once this post appears here. He’s a regular commenter on my author yahoo group and I always enjoy him.

CBJ: 1- John? Your book “The Wonk Decelerator” is a science fiction novel set in the future. Can you tell us a little about it?

Thad Cochran has a dream, and his dream is the most important thing in the world to him. He wants to own a ranch on Beta Prime. He thinks he’s found a way to get his ranch. All he has to do is steal a piece of techno called The Wonk Decelerator. When things begin to go bad for Thad in the caverns of Timmerus, he begins to question his priorities in life. Sometimes dreamers are so focused on what they want that they forget about the important things — like the people they love. Thad realizes what’s truly important, but it might be too late.

2- How did it come about that you were contracted with eTreasures Publishing?

I thought I had a contract with a different publisher, but after waiting 9 months that publisher went out of business. I went to a second publisher who also liked my story and that publisher went out of business. Around that time I submitted to eTp and it took so long I submitted to another publisher. That other publisher was interested but I didn’t feel good about it – I write science fiction, but I’m not entirely a science fiction writer. I guess I’m not really a part of that crowd. When eTp made an offer I was overjoyed. Something just felt right about it. I told the other publisher that I was going with eTp and boy did he chew me out in an email. This confirmed to me that I’d made the right decision. I’ve found nothing but professionalism at eTp.

3- In fact you have a second book coming out with eTreasures Publishing. How did that happen?

Well, it took so long for the first book to get published that I just went ahead and worked on the sequel while I was waiting. By the time I was done with editing on the first book, I had finished book 2, The Late, Great Benjamin Bale, submitted it and got a contract.

4- Can you tell us a little about your writing process and how long it took to write the books? What were the really hard spots?and what were the easy spots?

Originally, The Wonk Decelerator took about 3 months. It was smaller, really a big short story. I sent it off to two magazines and they gave it the thumbs down. I prayed about it and the idea came to make it into a novella. Once I made a few changes I knew I had something. The hardest spot in that book was the first scene. Eventually I added a prologue, which took the pressure off the first scene and that solved that. The easy spots for me are always action. There’s a big fight in an alley. Once I wrote that scene the rest came easy. The Late, Great Benjamin Bale took about a year to write. It’s much longer than book 1 and it was my first effort at a full length novel in many moons. I hate reading a book that is boring in the introduction, so I really concentrate on early scenes. I struggled with all of the preparations that Maggie made to go on her mission. You just can’t have people blowing up stuff all the time (as much as I would like that) so there has to be human moments. I remember seeing a poster about two buzzards; one says to the other, patience nothing, I’m going to kill something. It takes patience for me in the early going of a story. The easy parts of Bale are every time Maggie clobbers somebody. Maggie can do anything, so she’s a blast to write about

Wow! That sounds terrific. I can’t wait to read it. “Thad thinks it might be too late when he realizes what is important in life.”  Sounds like something we can all identify with.

Thanks so much, John, for giving us the first installation of how you became a published author on http://www.etreasurespublishing.com/ . We are so glad to meet you! We can’t wait till next Tuesday when you give us part two. John will be covering his upcoming work and the story of why he didn’t self publish. Thanks again, John.

If any of you have any questions for him please ask away in the comments section, OK? We will be more than happy to answer them there. (Please ask some questions, we love hearing from you. 🙂 ) 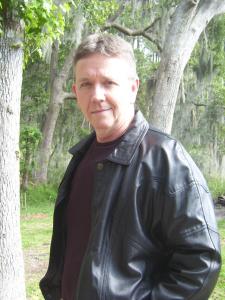 When John Doody was younger, some well-meaning folks told him that he was going to be a famous author and poet. He then spent quite a few years trying to live up to that expectation, but he could never quite figure out what is was that he should write about. During those years he found out that he could write comfortably in just about any genre and that people enjoyed his stories, but he just didn’t have a direction to follow as an author. So he eventually gave up writing and concentrated on the most important things in his life: faith, family, and being the best Christian — the best man — that he could be.

Today John believes that God gives all of us a second chance at life, no matter our age. The stories he writes today come from his heart and he knows exactly where his writing is going. He’s not looking for fame and fortune. He writes about things that come from his heart in order to touch the reader’s heart.